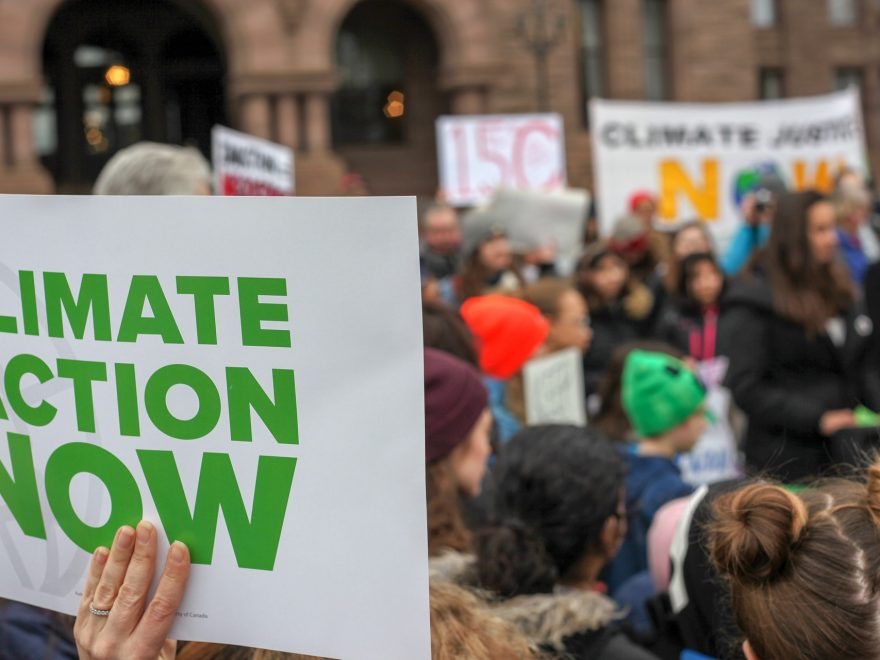 The Intergovernmental Panel on Climate Change’s (IPCC) Sixth Assessment Report 2022 says “Climate change is affecting nature, people’s lives and infrastructure everywhere. Its detrimental and pervasive impacts are increasingly evident across the world. The impacts of climate change are hindering efforts to meet basic human needs and they threaten sustainable development in every region of the world.”

As the most recent scientific evidence shows that the planet’s warming is accelerating the upcoming COP 27 summit is integral to taking climate action.According to the US National Oceanic and Atmospheric Administration, 2022 will rank among the 10 warmest years on record. The IPCC uses five possible scenarios to estimate how badly global warming will affect the planet, ranging from the world limiting warming to 1.5C to a worst-case scenario where the average global temperature is 4.4C higher by 2100. Regardless of the scenario, global warming will continue for at least several decades, leading to  rising sea levels.

SSP1-1.9: This first scenario is the only one that meets the Paris Agreement’s goal of keeping global warming to around 1.5 degrees Celsius above pre industrial temperatures, with warming hitting 1.5C but then dipping back down and stabilizing around 1.4C by the end of the century.

SSP1-2.6: In the next-best scenario, global CO2 emissions are cut severely, but not as fast, reaching net-zero after 2050. It imagines the same socioeconomic shifts towards sustainability as SSP1-1.9. But temperatures stabilize around 1.8C higher by the end of the century.

SSP2-4.5: This is a “middle of the road” scenario. CO2 emissions hover around current levels before starting to fall mid-century, but do not reach net-zero by 2100. Socioeconomic factors follow their historic trends, with no notable shifts. Progress toward sustainability is slow, with development and income growing unevenly. In this scenario, temperatures rise 2.7C by the end of the century.

SSP3-7.0: On this path, emissions and temperatures rise steadily and CO2 emissions roughly double from current levels by 2100. Countries become more competitive with one another, shifting toward national security and ensuring their own food supplies. By the end of the century, average temperatures have risen by 3.6C.

SSP5-8.5: This is a future to avoid at all costs. Current CO2 emissions levels roughly double by 2050. The global economy grows quickly, but this growth is fueled by exploiting fossil fuels and energy-intensive lifestyles. By 2100, the average global temperature is a scorching 4.4C higher. 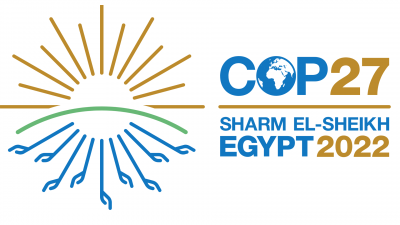 The Conference of the Parties (COP) is the group of nations that have signed the UN Framework Convention on Climate Change (UNFCCC), which was put together in 1992. The summit commits nations to act together to stabilize greenhouse gas concentrations at a level that would prevent dangerous human-induced climate impacts on the climate system on an annual basis.

COP27 will be held in the Egyptian coastal city of Sharm El-Sheikh on 6-18 November. The Egyptian COP27 Presidency has defined the summit’s four key goals as:

Mitigation: All parties, especially those categorized as industrialized countries, are urged to take bold and immediate actions to reduce emissions to limit global warming well below 2°C.

Adaptation:COP27 needs to make the crucially needed progress towards enhancing climate change resilience and assisting the world’s most vulnerable communities.

Finance: Make significant progress on climate finance, including the delivery of the promised $100 billion per year to assist developing countries.

Collaboration: As the UN negotiations are consensus-based, reaching agreement will require inclusive and active participation from all stakeholders.

The Growing Threat of Climate Change

The World Economic Forum’s Global Risks Report 2022 shows that the health of the planet is a prominent concern amongst global experts and leaders in the field. According to the global survey commissioned by the World Economic Forum, the three most severe risks over the next decade include, failure to take climate action, extreme weather and biodiversity loss. This survey further states that more than half of adults on the planet say climate change has already had a severe impact on their part of the world, and a third fear it may displace them from their homes. 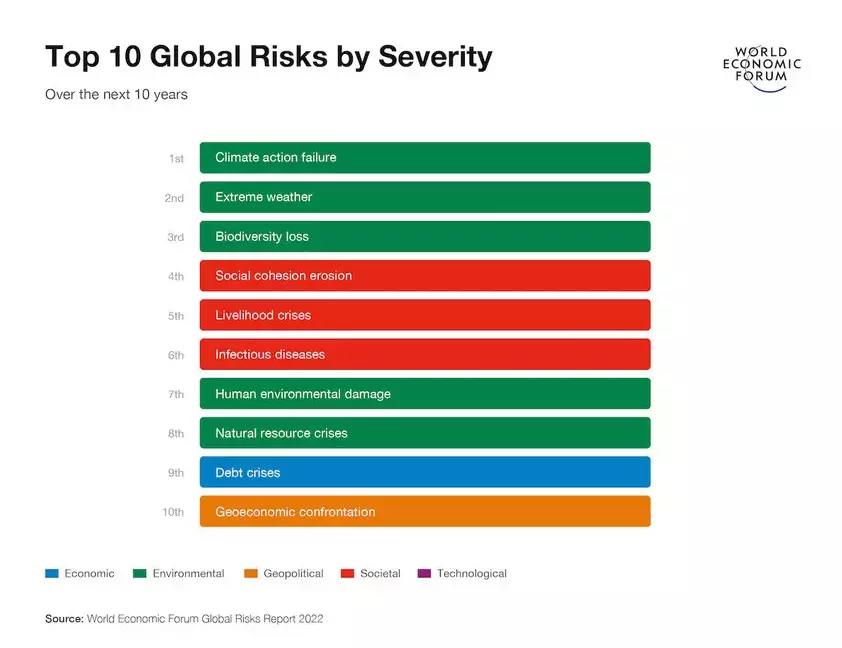 The detrimental impacts of climate change are becoming more frequent and acute. The most recent IPCC Report found that almost 3.3 billion people now live in highly vulnerable climate contexts, and it is estimated that 10 million people are now displaced due to the recent climate-induced floods in Pakistan last month. The most vulnerable communities, who are least responsible for climate change, and have low resources to respond to climate impacts, continue to be on the front lines. This explains why raising more finance to help countries in the Global South cope with climate impacts will be one of the main goals of the upcoming COP27 summit in Egypt.

Although global awareness of climate risks has increased, much more needs to be done to address climate change. The detrimental impacts of climate change are becoming more frequent and acute. There was a twenty four percent increase of flood risk worldwide between 2000-2015 due to human induced climate change. The most recent IPCC Report found that almost 3.3 billion people now live in highly vulnerable climate contexts, and it is estimated that 10 million people are now displaced due to the recent climate-induced floods in Pakistan last month. In 2021, extreme weather events cost the global economy an estimated $329 billion. Unfortunately, the most vulnerable communities, who are least responsible for climate change, and have low resources to respond to its impacts, continue to be on the front lines. This explains why raising more finance to help countries in the Global South cope with climate impacts will be one of the main goals of the upcoming COP27 summit in Egypt.

What Can We Expect On Climate Action at COP 27

One of the four priorities for November’s COP27 in Egypt, is climate action. The Global Goal on Adaptation was one of the significant outcomes of COP26. In the past decade, several countries have already developed National Adaptation plans under the UN Framework Convention on Climate Change. Parties to the Paris Agreement committed to adapt and build resilience against the impacts of climate change . For example, wealthier countries are obligated to provide $100 billion a year in international climate finance, with at least half going to adaptation. The Glasgow Climate Pact which called for a doubling of financial commitments to help developing countries become more resilient and adapt to the impacts of climate change was adopted last year at COP 26. We can expect to see climate change adaptation at the center of negotiation at COP 27.

Save
No Thoughts on Climate Action at Cop 27