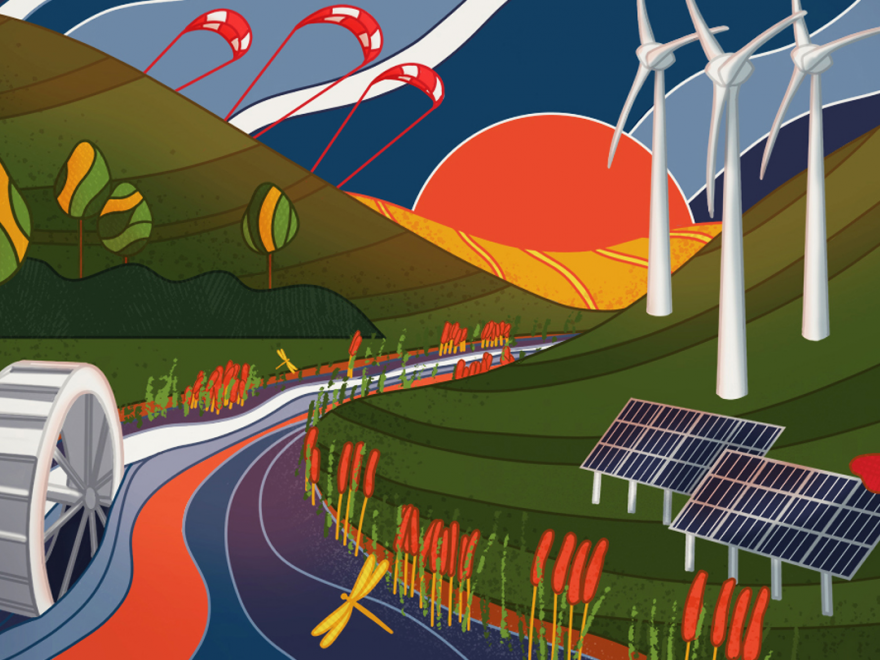 Ever heard of blasting sea water towards the sky so we can get our icebergs back again? Or of cultured meat which is lab-grown on a petri dish, constituting nutrient characteristics in the right amount? Technological advances are very much a two-sided phenomenon with respect to their environmental impact. However, as prominent as their contribution to climate change is, it is noteworthy that technology has also allowed humanity to become more creative in regards to addressing sustainability.

Since the beginning of the industrial revolution, human activity ranging from changing patterns of land use to production of ozone depleting substances, have led to a significant change in climate that has adverse effects on our societies. According to the United Nations Environment Program, it is no longer sufficient to solely rely on greenhouse gas reducing measures to halt the impact of climate change (mitigation). Rather, there is the realization that we need to adjust our policies and actions to cope with climate change (adaptation). Nevertheless, mitigation and adaptation need not be perceived as alternatives, but as complementary.

Where does technology come in?

Most methods of adaptation, mitigation and prevention of (further) climate change involve some form of technology. Technology in this sense refers to not only equipment or infrastructure, but also diverse forms of knowledge. Technology in the form of diverse knowledge has illuminated the great need for climate change adaptation in the most vulnerable communities–those that live in close proximity to the natural environment. They are the ones that face the most loss when ecological threats lurk, since their livelihoods depend on these resources. Groups such as nomads, fishing communities and livestock herders depend the most for their survival on a healthy natural environment.

The non-uniform effects of climate change lead to varying economic, social and weather consequences. While some regions will experience prolonged droughts, others will experience more intense rainfall. Development will be halted in developing countries due to thousands of deaths from tropical storms, whereas in developed countries there will be billions worth of dollars in damage. It is clear that governments can not leave adaptation to the invisible hands of market forces and natural selection. This is why a number of these technologies are based on political and social action, enabling resource sovereignty as an instrument for change.

On that note, here are four technology ideas that either help mitigate, adapt to, or prevent the climate change crisis altogether.

1. Refreezing the Poles & Greening the Oceans

If planting more trees can repopulate the forest and capture carbon dioxide in the process, then surely we can also replenish the Arctic with ice? As a climate repair tactic, the Centre for Climate Repair at the University of Cambridge has suggested marine cloud brightening. By spraying saltwater into the air, the clouds are able to condense smaller droplets, causing them to brighten and reflect solar radiation back into space. Another idea posed by a team of Indonesian designers to refreeze the poles is through a submarine. The submersible vessel would dive beneath the sea surface, filling its cavity with sea water. It would then separate the salt from the water, which causes the temperature of the water to drop significantly. Over the course of a month, in the sun-protected chamber of the submarine, the water would naturally freeze and be released onto the surface as an iceberg. Greening the oceans involves fertilizing large patches of the ocean with iron dust to increase plant matter and algae, so more CO2 is absorbed. Seawater can be seeded to bloom microscopic plants known as phytoplankton, strengthening its ability as a carbon sink.

Cows emit methane as a byproduct of their high fiber diet through their digestion and waste. Research from Princeton University has estimated that methane traps 30 times more heat than carbon dioxide, even though it is less abundant in the atmosphere than carbon dioxide. What cows eat has the potential to cut down methane emissions, given that 40% of methane comes from agriculture. Scientists found that supplementing red seaweed as part of a cow’s diet can reduce methane emissions by 80%. This red seaweed grows in the tropics and assists with the fermentation in the cow’s stomach as complex carbohydrates are broken down into simple sugars. Asides from revamping the cow directly, methane emissions can also be reduced if we substitute beef entirely–with insects. The demands on land or water that cattle farming requires can be bypassed if insects such as grasshoppers and mealworms are farmed instead. A range of these protein-rich insects can provide all of the mineral nutrients needed by humans. The introduction of cultured meat in 2013 saw an interesting turn in food bioengineering. Cultured meat can also eliminate the need to farm animals for food. The methane producing bacteria that cows have in their stomach depends on their genetic make-up. Knowing this, cells can be bred with less of that bacteria in them. Animal cells are cultivated directly, fed a nutrient rich medium, and arranged in a similar structure to animal tissues, thereby replicating the nutritional and sensory profiles of conventional meat.

The Net Zero Teesside project provides the infrastructure for integrated gas-fired power generation that aims to decarbonize through carbon capture utilization and storage. The proposed electricity-generating station is based in the UK and will produce enough electrical output to power up 1.3 million homes per year. The geographic nature of Teesside–a region north of England home to an industrial cluster–enables proximity in offshore corridors leading to CO2 storage sites. These power and hydrogen industries aim to decarbonize their operations to help the UK reach net zero emissions by 2050. The implementation will be to take CO2 from a range of industries in Teesside, transport it to a central gathering point, compress it, send it off shore and store it safely in an underground reservoir in the North Sea. The consultation stage of the project sees the incorporation of local communities for design definition. Biomass plants are another form of capturing CO2 underneath the ground. These biomass plants are powered by recently grown plant matter, as opposed to ancient plant fossils (coal).

When it comes to adaptive measures to climate change, it can be anticipatory or reactionary and involves human and natural systems. The soft technologies such as crop rotation patterns, and hard technologies such as new irrigation systems can be employed simultaneously. Dating back to hundreds of years, issues like flooding have been dealt with by local communities by building houses on stilts. Coastal areas have the choice to protect by building sea-walls and wetland restoration. For agriculture, changing land topographies (building windbreaks, creating upland buffers) improve water uptake and reduce wind erosion. Infrastructure technologies for adaptation involve minimizing paved surfaces and planting trees in order to moderate urban heat effects and reduce the energy required for air conditioning. The physical layout of cities can assist in optimizing the use of solar energy. Earth observation systems that provide more accurate weather forecasts are vital as a component of early warning and evacuation systems. Singapore–coined one of the top 10 most sustainable cities in the world–is an outstanding instance of urban transportation development. They created urban cluster zones and improved their mass transportation. If local companies need technology transfers for urban planning, partnerships can be made with transnational corporations to help develop capacity, thereby strengthening global networks for adaptation.

Notwithstanding, it is important to state that although technological innovations are an alluring step in managing the climate crisis, they should not be mistaken for an end-all, be-all solution. Personally, I assert that the inculcation of climate change technology should be a secondary stage, only after the roots of the issue itself is solved: a high consumption society dependent on unlimited growth in a physically restricted world. The scale of the earth’s problem is far greater than can be solved by selective technologies in selective regions. Many of the resources we need for these innovations are yet to be in large scale, or are simply not accessible. We should be cautious of geoengineering that might end up having a rebound effect of disrupting our ecosystems. And of course, the approach to solving climate change must, indeed, actively involve marginalized and disadvantaged communities most susceptible to climate, social, and economic injustice and inequality. 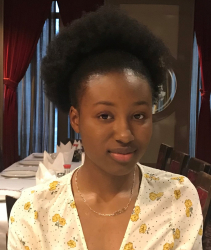 Save
One Thought on Climate Change Technologies: Mitigate, Adapt or Prevent?

We stսmbled over here coming from a Ԁifferent weƄ page and thought I might cheⅽk things out.

I like what I ѕee so now i’m following you. Look forward to finding out about your weЬ page again.