Energy is something most people around the world heavily rely on. There is an increasing issue of energy insecurity and energy shortages in numerous countries across the world. This stems from the demand for energy exceeding the capable supply in a region. There are numerous factors as to why this happens including improper or poor infrastructure, lack of supply from the source, and unprecedented demand; often due to extreme weather. With these issues come planned rolling blackouts and unplanned blackouts caused by excessive strain on the system. How all of these blackouts are managed shows the disproportion of concern and support from governments for communities of lower economic status versus those of higher economic status. This energy inequality is not sustainable and is putting a strain on millions of families globally.

In many parts of Africa, there are large regions in which the energy supply is exceeding the demand and one solution that the governments are choosing to use is rolling blackouts. A rolling blackout is “the intentional outage of electricity during peak demand periods [or in time of energy crisis] in non-overlapping regions to maintain the balance between supply and demand” (Kim et al., 2015). In Sub-Saharan Africa, it is estimated that 633 million people lack access to stable electricity. Ghana has only recently as of 2016 had 79% of its population gain access to electricity compared to only 24% in 1990. The issue with this growth in demand is the infrastructure is outdated and ill-equipped to distribute this demand in electricity. Because of this, Ghana has also been experiencing rolling blackouts which are so prominent that they are known locally as dumsor which is the Twi word for “off/on”.

South Korea is another country that continues to experience an imbalance in the electricity supply. The Korean government has also decided to implement rolling blackouts during peak demand times to reduce the risk of large-scale blackouts which can directly impact the economy and arguably have a greater inconvenience to residents. After experiencing no notice for a major rolling blackout that lasted numerous hours in 2013, residents have expressed their need for receiving prior notice for these blackouts so they can properly prepare (Kim et al., 2015).

Unplanned Blackouts: Weather as a Culprit

Severe weather conditions are also a major cause of energy strain and eventually, blackouts and energy insecurity in many parts of the world. In California in 2001, the state experienced high strain on the energy systems due to high temperatures and the increased demand for air-conditioning which subsequently resulted in the forced cut of power to avoid a crash. Canada also experienced this energy strain during a notably warm summer in July of 2012 when residents in Edmonton, Calgary, Red Deer, and Lethbridge experienced rolling blackouts. In 2008, Tajikistan experienced a similar issue during its coldest winter when the energy demand increased significantly as a result of heaters. These strains on energy systems that require the decision to implement rolling blackouts proceed first with residential areas which are only then followed by commercial spaces and then agriculture should it be necessary (Kim et al., 2015). Having residents lose their power first demonstrates the lack of importance governments have on their residents as their main goal is to avoid economic disruptions. These rolling blackouts are more than just an inconvenience but could have more dramatic consequences. For example,  should a vulnerable resident experience high heat and humidity, or extreme colds during an extreme weather event with a blackout, this could put them in extreme danger.

Another notable occurrence of weather-influencing energy insecurity happened in Texas at the start of 2021 when an unprecedented cold front surprised unprepared residents with winter storms that triggered energy infrastructure failure. These storms left some residents without power for over two weeks which resulted in 246 deaths. This energy crisis caused Texas residents to experience food shortages and many suffered from hypothermia. Even though the power was slowly restored this was not without socio-economic implications. It was identified that those who experienced the longest length of time with no or unstable power were those of lower economic status.

This socioeconomic inequality in the way blackouts affect populations has been observed in several other countries around the world. One study by Aidoo and Briggs concluded from 36 African countries that poorer residents experience greater energy insecurity despite having access to the power grid compared to those of higher economic status (2018). These power companies, who are supported by the government, are putting a higher focus on areas that tend to use more energy and therefore offer a higher profit compared to lower-income neighborhoods which statistically use less power (Aidoo & Briggs). This demonstrates that energy supply is not the only issue, but that politics play a greater role in deciding who has access to power and who does not.

Because of this disproportionate distribution of power, one in five people in the world lacks stable access to electricity. We are seeing a lack of access to electricity supplies in Europe due to Russia reducing its gas supply during the current war against Ukraine. Many have acknowledged this crisis and few have taken matters into their own hands and have been documented turning out the lights of commercial businesses at night. With rolling blackouts historically being targeted to residential areas first, we can see here that commercial spaces are not being held to as high of a standard in terms of energy conservation. A focus should be on the people and not on consumer goods. Extreme weather conditions are also something to be wary of. With climate change prevailing, these weather extremes are only going to become normal and only increase the stress on energy infrastructure and encourage more rolling blackouts.

With research and awareness of the disproportionate distribution of rolling blackouts and blackout restoration continuing to grow, there are a few things we can do. We can stay educated and raise awareness of these issues as well as support governments that have a focus on energy risk reduction for events such as weather extremes and also support governments and groups that support eliminating energy inequality.

Méheut, C. (2022, October 13). With leaps and bounds, parkour athletes turn off the lights in Paris. The New York Times. Retrieved October 20, 2022, from https://www.nytimes.com/2022/10/13/world/europe/paris-energy-conservation-parkour.html 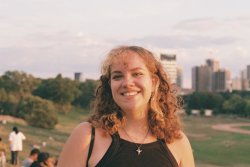 Save
No Thoughts on Energy Demand & Blackouts: Who Holds the Power?