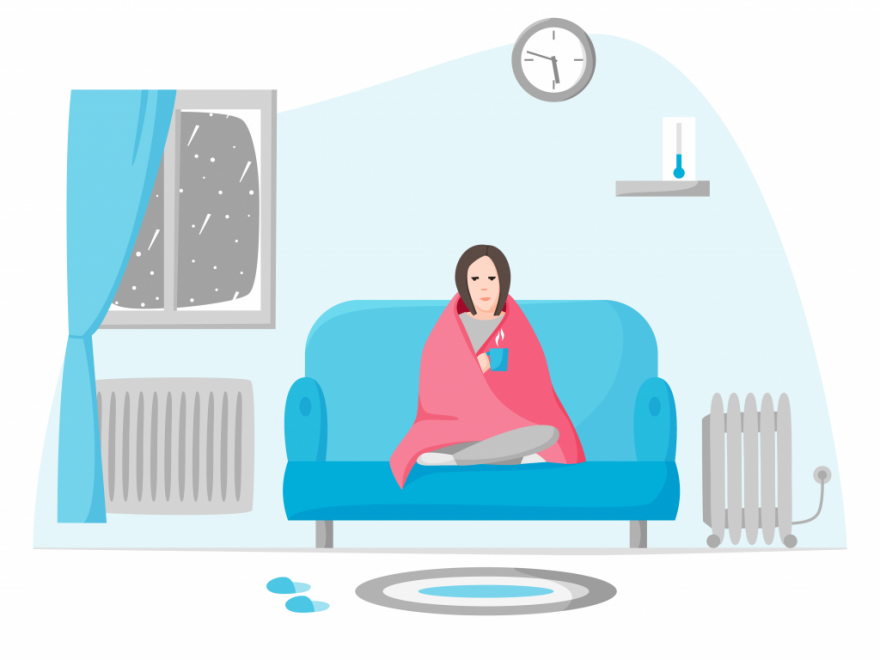 Canada is one of the world’s major producers of energy and one of its biggest users. Canada has a high energy intensity – the amount of energy used for a given level of output or activity.  This is due to Canada’s frigid temperature, dispersed population, cheap energy prices, and high level of living. Yet 6 to 19% of Canadian households are experiencing energy poverty (Riva et al. 2021).The livability of Canadian cities is being hampered by this difficult and complex problem. Policymakers can make progress on a number of these crucial issues and make sure we “leave no one behind” in the low-carbon transition by identifying and solving energy poverty.

What is Energy Poverty?

Energy poverty is defined as the experience of households and communities that struggle with meeting their home energy needs (Anon 2019, Anon n.d.; Riva et al. 2021). Home energy needs typically include heating and cooling of homes and electricity to power homes. In Canada, energy poverty is not yet formally and officially defined. However, it is most frequently described as having high home energy costs compared to the household income, and terms such as energy  affordability are typically used. In Canada, most households spend less than 3% of their after-tax income to cover their energy requirements. Households that spend more than 6% of their after-tax income on home energy services (or approximately twice the national median) are burdened by their home energy costs and are said to be living in energy poverty (Anon 2019).

According to Anon (2019), and Riva and al. (2021),  energy poverty is described using the following characteristics:

2. Energy poverty is both an urban and rural problem.

Although there is a clear correlation between low-income households and energy poverty, many high home energy costs are a burden for households with moderate incomes as well. This is partly because energy poverty results from the combination of several factors, including household incomes, home energy performance, and access to networks of cheap energy i.e. sources like wind energy, as well as energy prices. Hence, a person with a median household income and a larger suburban home may experience high energy burdens, whereas a lower-income family residing in a more compact and efficient apartment building might not.

4. Characteristics of the home are important factors in shaping energy cost .

Home energy performance, which includes a building’s airtightness, insulation, and system efficiency, affects the energy use of the home. Due to this, families who reside in less energy-efficient homes will often spend more to heat and cool than equivalent homes with better energy efficiency. The possibility of households being burdened by high home energy costs depends on the age and kind of dwelling. People living in mobile homes and in houses built before 1960 are emphasized as having the greatest chance of being in energy poverty. However, in terms of the number of households, single family households (which accounts for 1.8 million households) have the most significant energy cost burdens.

1. Target least efficient and low-income households in your energy poverty reduction plan. The federal government can significantly reduce energy poverty by supporting the long-term solution of increasing energy efficiency as a crucial component of their policy mix. Through thorough retrofit programs for the most inefficient and low income Canadian houses, other national targets can be met such as reducing GHG emissions and making sure vulnerable populations are not left behind in the transition to a net-zero future.

Save
2 Thoughts on Energy Poverty in Canada

Interesting article! I would like to know the reason why Atlantic Canada has such a high percentage of its population experiencing energy poverty?

Atlantic provinces face challenges that other provinces do not such a limited access to natural gas as an affordable home heating alternative, and widespread access to hydro to provide clean electricity. These regional differences lead to higher transition costs for Atlantic Canadians. And, as the cost of living is rising rapidly across the Atlantic region, paying more for clean electricity isn’t a realistic option for many.