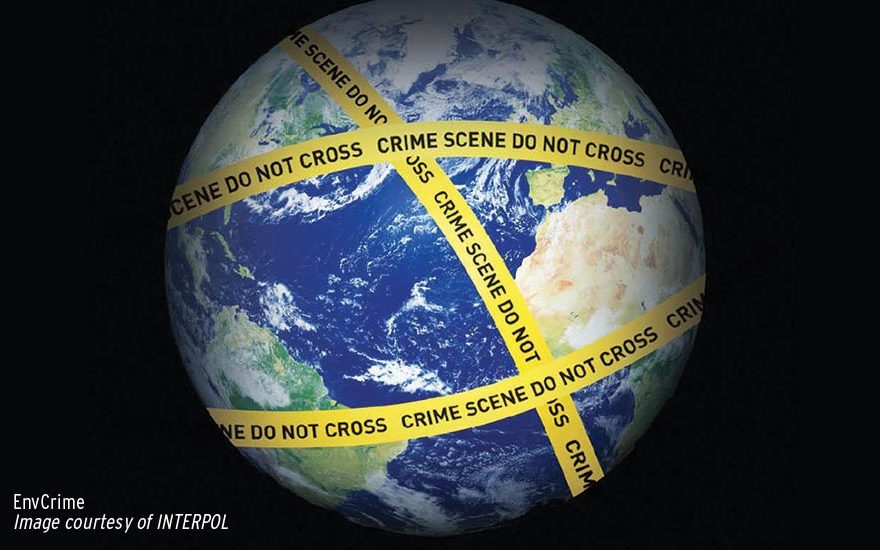 TECs are complex and intricate chains of crimes performed by a range of actors: from warlords, thieves and poachers, to white-collar brokers, law enforcement officers and politicians. These crimes often include non-environmental criminal activity such as faking documents, theft, robbery, and money laundering.

Illegal Logging in the Amazon Rainforest

Transnational environmental crime can be more easily understood by looking at a case study: illegal logging in the Amazon Rainforest. Illegal logging is organized by criminal networks that have the logistical capacity to coordinate large scale extraction, processing and sale of timber, while also deploying armed men to protect economic interests. Forest crime has previously been estimated to represent a value of up to 150 billion USD annually. Illegal logging accounts for 50-90% of forestry activities in key producer tropical countries, and every two seconds, an area of forest the size of a football field is clear-cut by illegal loggers around the globe.

Criminal groups exploit high-value endangered wood species such as rosewood and mahogany, and illegally log in protected areas, outside concession boundaries, and on Indigenous land. Scientists say that if deforestation in the Amazon continues it will trigger a dieback of large sections of the forest, replacing the biodiverse ecosystem with a dry grassland savannah. In a climate-stable world, the tipping point for this effect to occur is expected when around 40% of the Amazon has been deforested. But because of climate change and more frequent widespread forest fires, the tipping point is now anticipated to be somewhere around 20-25%. It is currently estimated that the whole of the Amazon is already at 17% deforestation, with Brazil’s section approaching 20%.

One consequence of forest dieback in the Amazon is that the ecosystem can no longer regulate the river’s annual cycle of food and retreat. This means that there will be more severe and frequent episodes of both drought and flooding in the Amazon basin region. These episodes can result in the physical genocide of the Ribeirinhos, a large group of floodplain people of mixed descent, whose entire livelihoods are structured around the once dependent annual rise and fall of the Amazon’s floodwaters. Because of illegal logging in the Amazon, it is proposed that the Ribeirinhos will increasingly face food insecurity, ultimately succumbing to genocide by starvation.

Illegal logging is on the rise with no prospects for slowing down. Every day, small farmers and Indigenous people in Brazil are putting themselves at risk to defend the Amazon, patrolling their territory to protect the ecosystems that they depend on to sustain their communities and preserve their way of life. The defenders take this risk with little expectation that the state governments will protect them as they confront loggers who violate environmental laws, and who threaten, attack, and even kill those who stand in their way.

Despite the necessity, there is currently no harmonized international law establishing high standards of human and environmental protection and working to address transnational environmental crime. The legal framework that does exist is domestic or regional and characterized by high fragmentation. It consists of over 270 multilateral environmental agreements (MEAs) focused on controlling, rather than prohibiting, environmental crime— as well as multiple levels of sanctions and fines, all varying greatly in scale, scope, and content.

Further, what is considered a severe environmental crime in one country might not even be illegal in another. These legal mechanisms do not provide satisfactory recourse to those affected by these crimes, nor does it adequately prevent further illegal activity. The failure to govern illegal logging in the Amazon is evidence of this point: fines are merely faceted in by the logging criminal organizations as an externality, to be paid if, and when caught. These criminals do not respond to borders, to the sovereign rights of states, or the fragmented laws which try to stop them. These groups deliberately exploit gaps and weaknesses that exist, finding loopholes to continue their illicit activities.

It has been proposed by many, ranging from legal experts to civil societies, that the next step is to punish environmental crime under international criminal law.

The International Criminal Court (ICC) is a permanent international enforcement tribunal as set down by the provision in the Rome Statute, whose jurisdiction is limited to prosecution of individuals of the four most serious crimes of concern to the international community as a whole— most commonly known as the four crimes against peace. These crimes are: (1) Genocide, (2) Crimes Against Humanity, (3) War Crimes, and (4) Crimes of Aggression.

The focus on human-to-human crimes in the ICC’s four core crimes renders invisible environmental harm and environmental criminal activity. That is why some are now suggesting the introduction of “Crimes Against the Environment” into international criminal law.

In 1972, American law lecturer, Christopher Stone, posed a question to his students: “What if trees had legal standing?” Some argue that only humans are capable of bearing rights. However, if we look at many laws around the world, the legal precedent of extending legal personhood beyond the human already exists in the granting of legal standing to the non-human bodies of corporations, estates, universities, and so on. This argument is no longer convincing.

Can we grant rights and protection to plants, animals, ecosystems and the Earth itself? What would it look like to give the non-human world legal standing? These questions have been given serious attention by intellectuals such as Scottish lawyer Polly Higgins. Higgins, deemed the ‘lawyer for the Earth’ , argued that ‘Ecocide’ should become a fifth crime against peace under the mandate of the ICC. The birth of the concept of ‘Ecocide’, coined by plant biologist Arthur Galston, dates to the Vietnam War, when it was employed to depict the severe environmental impacts of the US military’s massive use of herbicides (Agent Orange) to destroy crops and forests. Despite the issue being raised, nothing ever came to legal fruition. Currently, however, an independent expert panel formed by The Netherlands’ ‘Stop Ecocide Foundation’ are working towards creating a legal definition of ecocide which they hope will be included as an amendment to the Rome Statute. This movement has been endorsed by the Pope and has been discussed within the European Parliament.

We can look at many cases around the world which show support for granting legal personhood to nature, such as the 2008 Bill of Nature’s Rights in Ecuador. The government of Ecuador recognized “Pachamama” (nature/Mother Earth) to have the right to “exist, persist, and maintain and regenerate its vital cycles, structures, functions and its processes in evolution.” The Bill stated that every person, people, community or nationality will be able to demand the recognition of the rights of nature before the public bodies— creating a legal process of guardianship for nature. Bolivia followed in Ecuador’s footsteps, recognizing Pachamama’s rights in its constitution in late 2010. In New Zealand, legal personhood has been granted to rivers, lakes and forests, with the most famous case being the Whanganui River in 2014. This progress is fantastic news, but in order to effectively address transnational environmental crime, these national movements need to be harmonized on the international level and given strength through criminal legislation.

What would a world with Ecocide Law look like?

To create a criminal law against Earth’s destruction would send a powerful message to those in the world that view the Earth as an object to be commoditized. The message is that the Earth is an intrinsically valuable system which humanity is deeply connected to.

I do not seek to suggest that criminalizing ecocide is the whole solution in the fight against transnational environmental crime, and recognize that the movement to criminalize earth destruction does not come with its own challenges. A practical obstacle to this proposal is that the United States, Russia and China all have not signed on as members of the Rome Statute, and are thus free from the constraints of ICC legislation. Further, it is only expected that there would be large-scale resistance to Ecocide Law as it would directly curb economic expansion for many. There are also more practical challenges, such as disagreements on the level of intent required to prosecute someone as an environmental criminal, given that harm may not come from a place of intent but rather ignorance, negligence, or complacency.

However, creating a Crime Against the Environment can legitimize actions of resistance, enable alternative voices and knowledge, and become a starting point of justice for the planet, its systems and people. Criminalizing ecocide is a valuable part in the fight against both transnational environmental crime and continued environmental degradation. 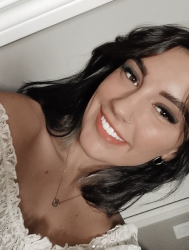 Save
2 Thoughts on Criminalizing Degradation of the Environment

Expertly written, Hope. I agree especially that punishments against transnational crime should be given more structure and urgency. Communities risking their safety and fighting for their livelihoods on their own, without the explicit support of government bodies should not even be heard of. When those communities are labelled as extremists, or selfish for their acts of resistance, it dampens the horror of such environmental crimes. I once watched a film on e-waste, learning that most of our electronic devices are completely thrown out or only a tiny part of them is preserved. The toxins that are released when e-waste is broken down is another story entirely. I have learnt a lot of illegal logging through this article, and I am alarmed that it goes on in such scale and so frequently as well! Rights should be granted to our earth and upheld, just as we would treat anything of precious value.

Great article Hope! This was very informative and it is important that society is aware of the implications that illegal actions have on the environment and what we can do to take action so that we can minimize any harmful impacts.