The global population has reached 8 billion people, and is expected to reach 10.9 billion by 2100. This current global population corresponds to an eight-fold increase since 1800. This tremendous growth is a testament to human progress, attributed to improvements in global health, prosperity and stability. Humans today live longer, safer and healthier lives than at any point in history. Advances  in medicine and economic growth have also resulted in longer lifespans and improved quality of life including lower infant and mother mortality rates, which means more people reach adulthood. Meanwhile, technology continues to broaden the horizons of human development and achievement.

Despite societal advances in health, technology and education, prosperity has still not developed equitably with local and global challenges to economic stability, inhibiting human opportunity globally. Population increase and decrease have a significant impact on income inequality relative to stable growth. Population decline is associated with an increase in income inequality, while population growth is marginally associated with decreases in inequality. The poorest 50% of the world share  8.5% of total global income. Meanwhile, the richest 10% of people in the world are estimated to have more than half of the global income equating to 52%.

Rapid population growth also worsens the impacts of climate change by straining resources and exposing more people to climate related risk especially in low resource regions.Climate change is expected to push 68-135 million people into poverty by 2030.Climate change is also an ongoing threat to poverty reduction, and it will intensify in coming years especially for countries in Sub Saharan Africa and South Asia – the regions where most of the global poor are concentrated.The impacts of climate change will also increase food prices, deteriorating health conditions, and exposure to disasters, such as floods, that affect both the poor and the general population.

Past and Future Trends

Human population growth started going exponential around the time of the Second Agricultural Revolution, which started in the 17th century in Britain. This is when new technologies and farming conventions took root, making it possible to grow the food supply at an unprecedented pace.Soon, these discoveries spread around the world, enabling population booms everywhere. As shown on the graph, the population first reached a billion in the 18th century. The next billion took 124 years, and the next 33 years. More recent billions have come every dozen or so.

While the past billion people additions have continuously taken fewer years to achieve, this is expected to change in the future. Future billion people additions are instead projected to take longer and longer to achieve.This is due to demographic changes (the population aged above 65 is projected to grow while the share below 25 is projected to decrease); and falling fertility rates which have made the growth rate of the global population to be on a downward trend for some time now. As this growth rate gets closer to zero, the population curve becomes less exponential. Population growth is leveling out, and if this trend persists, population growth may even go negative at some point in the future.

A report done by the World Population Prospects looks at how populations may change throughout the rest of the century, and suggests that the global population could hit 10.4 billion in 2100. However, the report also finds that more than half of the global population growth between now and 2050 is expected to be in just eight countries – the Democratic Republic of the Congo, Egypt, Ethiopia, India, Nigeria, Pakistan, the Philippines and the United Republic of Tanzania.This population growth prediction of 10.9 billion by 2100 is partly based on “the unprecedented aging of the world’s population”, as well as “rapid population growth driven by high fertility” in these eight countries.

However there isn’t much consensus on this prediction. According to another done by The Lancet, the world population may peak in 2064 at 9.7 billion and then decline to around 8.8 billion by 2100.The Lancet researchers argue that a population decline will be linked to the attainment of developmental goals, for example the education of women and girls and their access to contraception. As more and more women are educated they tend to have fewer children and have children at a later age. Meanwhile access and knowledge about different contraception methods is known to impact fertility based on women’s ability to control birth.

Why Does it Matter?

Understanding how populations could evolve over time  matters because future population sizes underpin future strategies for governments  around the world to plan for key investments in infrastructure or goals for international development and carbon emission reductions. Global collaboration, collective effort and responsible leadership are needed to secure a more equitable world for future and current generations 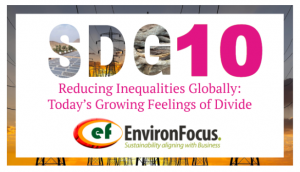 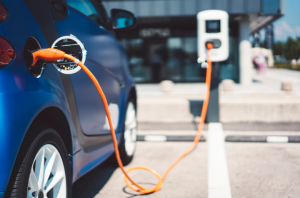