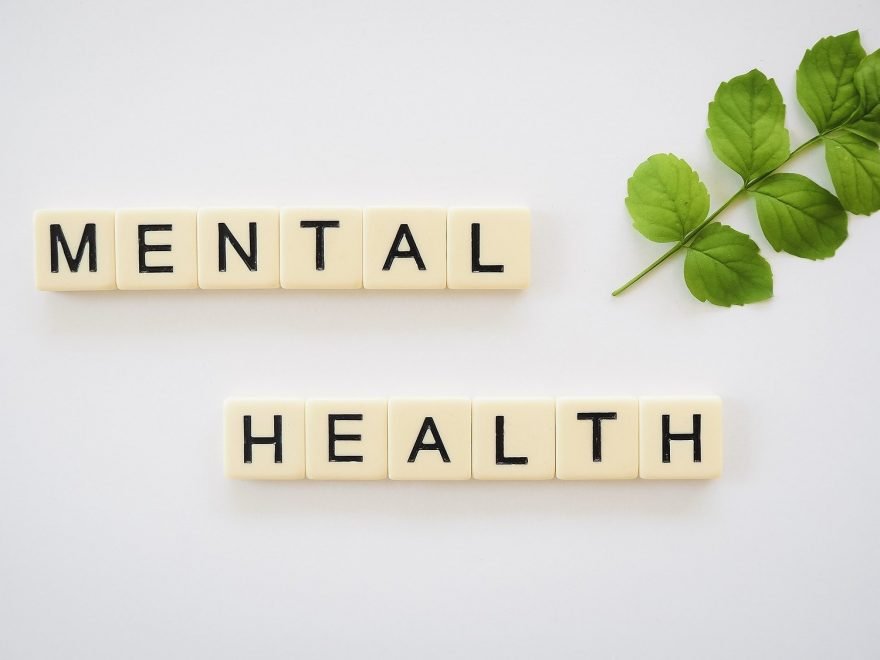 Climate change is one of the major challenges of our time. It is no longer a looming threat but rather a destructive reality with ominous prognosis for the future. Increasing storm frequency and intensity as well as the frequency and severity of wildfires, floods, and searing heat waves are all effects of the global temperature rise. We already know that there is a climate emergency and that it is harming the environment. But the climate emergency is also a mental health emergency.

It is common knowledge that the effects of climate change endanger human health. According to the World Health Organization (WHO), the “clearly understood implications of climate change” would result in an extra 250,000 deaths per year between 2030 and 2050(Watts et al. 2015). Incidences of vector-borne illnesses (such as dengue fever and malaria), an increase in respiratory illnesses, and morbidity and mortality from extreme weather events are just a few of the effects. (Warren and Lemmen 2014).The threats to and consequences on mental health are among climate change’s less well-known and frequently disregarded repercussions.

A growing body of research on the relationship between climate change and mental health shows that extreme weather events can have severe impacts on mental health. As seen from the aftermath of the FortMcMurray wildfires in Alberta, extreme weather events, which are more frequent, intense, and complex as a result of global warming, can cause PTSD, MDD, anxiety, depression, complicated grief, survivor guilt, vicarious trauma, recovery fatigue, substance abuse, and suicidal ideation (Brown 2019).

Incremental climate change , characterized by rising temperatures, rising sea levels, and episodic drought can alter natural landscapes, disrupt food and water supplies, change agricultural conditions, change land use and habitation, weaken infrastructure, cause financial and relationship stress, increase the likelihood of violence and aggression, and result in the eviction of entire communities (Cunsolo 2013). Since actions to address the “wicked problem” of climate change seem ethereal or trivial in relation to the scope and complexity of the hazards, the overwhelming dangers of a changing climate can also inspire despair and hopelessness(Panu 2020).

Everyone will react to climate change with a different set of feelings, and these emotions may shift from day to day. Anxiety, depression, stress, fear, grief, guilt, sadness, rage, hopelessness, and despair are a few examples of these feelings. These climate-related emotions have been referred to by a variety of names, including eco-anxiety, climate anxiety, climate sadness, and eco-grief (Pihkala 2020). These emotions will be experienced at varying levels of emotions. Three broad categories can be used to classify the effects of climate change on mental health. A person might encounter just one pathway or all of them at once (Hayes et al. 2018) (Doherty et al. 2011).

Directly experiencing climate-related extreme weather events, such as flooding, droughts, and forest fires, can have a negative impact on mental health and wellbeing. Extreme weather events can cause people to lose their homes, habitats, loved ones, suffer injuries, lose sleep, and face other difficulties that may exacerbate their anxiety, depression, and post-traumatic stress symptoms. Eighteen months after the Fort McMurray wildfire there has been a significant increase of mental health related problems among the community directly impacted by the wildfires. Affected residents showed symptoms of PTSD, depression, anxiety, suicidal ideation as well as increase in alcohol and substance abuse.Residents of the community who weren’t directly impacted by the wildfire also showed symptoms of increased anxiety and depression (Brown 2019).The most vulnerable people are those who already experience health inequities based on social, economic, and environmental variables.

In a study done to explore the lived experiences of the 2014 wildfire season among north western territories, a first nation participant from Kakisa spoke about the ongoing stress and anxiety related to the wildfires (Dodd et al.2018).

“Well, it took a toll on me because being stressed out from the fires and never knowing when we had to leave to be evacuated we didn’t know if we were going to come home to a community or to our houses. We didn’t know nothing. We didn’t know, didn’t know what to expect. Not knowing what lies around the corner there. So it was really stressful…It was really draining because you don’t know what’s in store for us when we got back home. You couldn’t open the windows. As soon as you go outside for like a few minutes and, you felt like your lungs were hurting and then, yeah, so we had to stay inside, keep the kids inside, they’re wondering why they couldn’t play outside, and, but like, yeah, just kind of felt isolated and that was that.”

Experiencing and noting gradual or abrupt environmental changes in landscapes , such as the drying up of a nearby river, the loss of animals in a region, or changes in seasons, is another way that climate change can have an influence on mental health. Solastagia, which is a loss of “feeling of place” brought on by these changes, exacerbates anxiety and bereavement (Dodd et al. 2018). Farmers, fishermen, hunters, and other outdoor enthusiasts who spend more time outside and who have a stronger connection to nature may notice these changes more frequently and deeply. This is especially true for many Indigenous groups that still have strong ties to their ancestral lands, waterways, and wildlife.

In a study done to explore the perspectives on how changes in landscapes due to climate change and the resulting mental health impacts among Rigolet, Nunatsiavut, and Labrador, researchers identified mental health as a key issue (Ostapchuk et al. 2015). The elders and seniors of the community felt that climate change was affecting their lifestyle. Consequently the residents’ daily activities caused stress and triggered a sense of loss of cultural identity and sense of home. A significant climate change effect in the area is the thinning of the ice, which makes it more difficult for residents to travel, get to their cabins, and engage in traditional land-based activities. People’s concerns about the rate of change in their region and the threat it poses to the traditional Inuit way of life have been very serious. An elder described the resulting depression in the community: “ I mean people, day after day after day look out the window and it’’s thai old, depressing fog and rain and wind. I mean it’s got to play on people’s minds.”

People’s internalization of their understanding of climate change, specifically the degree to which information is exaggerated or minimized, is significantly influenced by social contexts and networks (Pihkala 2020). People with credible climate information and supportive networks may have less of an impact on their mental health than those who don’t know about or deny the effects of climate change. Although denial doesn’t deal with the root of the problem, it may increase the overall and long-term mental health cost on those who refuse to acknowledge and deal with climate change.

Since many young people have never lived a life without hearing about climate change and how it would negatively affect their future, they are especially at danger of suffering these effects. Maria Farag, a student in Winnipeg, finds it difficult to make future plans because of climate change. According to Farag, “Usually when you develop a plan, it’s because you have a future. But what’s the point if everything around you is already disintegrating?” The 19-year-old claims to feel as though she is residing in a “real-life post-apocalyptic movie.”

Climate change exacerbates existing inequalities rendering those most marginalized at a greater peril to the health consequences of climate change.People who are most marginalized due to socially and environmentally mediated characteristics, such as socioeconomic position, culture, gender, ethnicity, employment, and education, are most at risk from the effects of climate change(Pihkala 2020) . Indigenous peoples, children, seniors, women, people with low socioeconomic status, people who work outside, racialized people, immigrants, and those with pre-existing medical conditions are some of the marginalized groups that are most likely to be impacted by the mental and physical health effects of climate change (Pihkala 2020). It’s important to note that these oppressed groups are diverse and based on a number of the aforementioned social variables, individuals may suffer intersections of marginalization.

1. Inadequate mental health infrastructure in some locations, culturally appropriate therapy, competence with mental health due to the climate and loss, in addition to disparities in the fundamental causes of health, can all hinder access to mental health care. Because of this, adopting a health equity approach is crucial to make mental health systems more resilient (Cunsolo et al. 2020).

2. There should be more climate change and mental health education for healthcare workers. Given the sharp rise in climate related mental health impacts, it is imperative that ways for supporting health professionals be created and widely shared. These techniques could  include toolkits, seminars, train-the-trainer approaches, communities of practice, and web-based teaching methods (Cunsolo et al. 2020).

3. Given the level of distress in children and youth, it is crucial to think about a healthy family-oriented response to a shared external threat. This response should include acknowledging the difficulty, promoting parental insight into children’s reactions, allowing time for empathetic communication with children and youth, validating their feelings of fear and disillusionment, and jointly mobilizing hope through purposeful goal-directed activities (Cunsolo et al. 2020).

4. The well-known advantages of peer relationships and interpersonal group therapy could be utilized, as many people experience feelings of loneliness, and isolation, as a result of their  bereavement and anxiety. By bringing individuals together, such tactics can support various kinds of emotional hardship (Cunsolo et al. 2020).

5. Social prescription of activities that promote and enhance environmental, physical, and mental health may help alleviate the symptoms of ecological bereavement and anxiety. Furthermore, community-based activities, such as growing more trees in metropolitan areas, enhancing the infrastructure for active commuting, and lowering air pollution by switching to renewable energy, can encourage social connectedness while also making them more likely to be implemented (Cunsolo et al. 2020).

Save
No Thoughts on Impacts of Climate Change on Mental Health