Bees are integral to keeping global ecosystems thriving. They act as primary pollinators for agricultural and wild plants. These mighty insects are heavily relied on for pollinating our food supply. In Europe, 84% of productive crops depend on pollinators for successful crop yield. The bee demonstrates its importance as the primary pollinator for agriculture, as 35% of the global food supply comes from productive crops that require pollination. These bees and other pollinators and their benefits account for 153 billion Euros in profit every year. Although there are a variety of pollinator species, many parts of the world rely solely on the honey bee. Without this magnificent creature, the world could expect their fruit, seed and nut crops to decline by 90%.

There have been numerous accounts of the recent decline in bee populations worldwide. Various influences are responsible for these declines, such as “pathogens, parasites, availability of resources due to habitat fragmentation and loss, climate change and pollutants,” with pesticides as the main culprit. This decline began in 1947 with the introduction of DDT in the United States.  Six million colonies were accounted for in 1947 and reduced to less than 3 million by 2010. Similar trends occurred in Europe, with the “number of apiaries [declining] 14% in Scandinavia and 25% in central Europe between 1985 and 2005”. Even with DDT and other harmful chemicals banned, pesticides are still widely used, and these population declines persist. With these declines come reductions in pollination services which threaten our food systems.

Pesticides are at the forefront of biodiversity loss amongst pollinators, including bee species, evident from the high levels of pesticides found in bee colonies. These pesticides then cause detrimental effects on these pollinators as they can have sub-lethal or lethal impacts on the bee populations. These impacts ultimately harm their pollination services by impairing their “mobility, navigation and orientation, feeding behavior, learning and immune function.” Bees can be exposed to pesticides via a few different routes, the most common being:

These pesticides often put significant physical stress on these tiny organisms as they try to metabolize these chemicals to pass them through their systems. This stress can inhibit their pollination services either temporarily or permanently. Chronic exposure has more detrimental effects as it permanently debilitates their ability to engage with pollinator services, reduces their reproductive success by 50%, and increases their risk of disease, shortening their lifespan. This exposure also does not just affect one bee as they are foragers and will bring food back to the hive where, as mentioned before, other bees, larvae, and the queen will consume, compromising their immunity.

The honey bee and other bee species are particularly sensitive to pesticides, so they are a good indicator of pesticide pollution. This pollution threatens these pollinator species and has numerous other detrimental impacts, such as affecting the water cycle, causing excess nutrients in waterways, and threatening workers’ health and safety.

Bees are a vital keystone species to our global food systems, so improving actions toward them is crucial. New management is necessary to support the well-being of these tiny insects and at the very minimum, adjusting schedules for when pesticides are sprayed need to be adopted. As bees are often active between sunrise and right before sunset, spraying crops in the early morning or evening is a start to supporting the species. Another option is to concentrate pesticide levels on the seeds before and right after being planted. Pests are most common in this area, so this method should reduce exposure to non-targets compared to spraying pesticides. There are some caveats to this, such as if the plant uptakes the pesticides, especially if the flower is attractive to bee species. If that is the case, bees will, unfortunately, remain susceptible to the effects of pesticides. In each of these scenarios, pesticide levels have not been decreased, which should maintain optimal crop yield while protecting pollinator species. However, pesticides pose several other threats that should be accounted for when evaluating pesticide use. Sarah graduated from Ryerson University (now Toronto Metropolitan University) in 2022. She holds an Honours Bachelors degree in Environment and Urban Sustainability with a minor in Geographic Analysis. With a professional background in urban sustainability, Sarah is passionate about education, food security, and green development and aspires to use and share her knowledge to help cities become more accessible and sustainable.
info@ekcep.ca 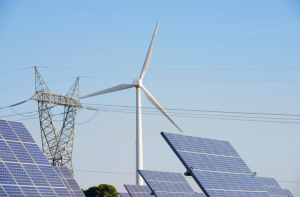 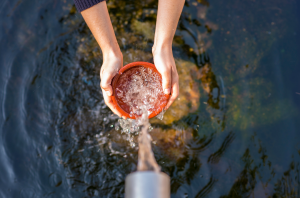