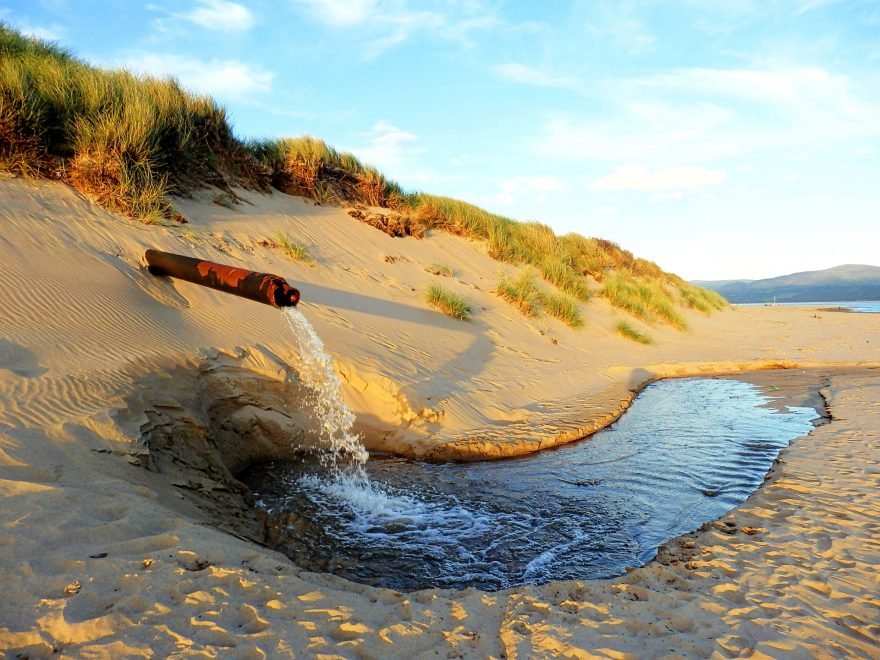 Earth is the blue planet. There is no shortage of water, water may freeze into ice or evaporate into air, but it does not leave our planet. Over 70% of our Earth’s surface is covered by water Although water is seemingly abundant, the real issue is the amount of freshwater available.

97.5% of all water on Earth is salt water, leaving only 2.5% as fresh water.  Nearly 70% of that freshwater is frozen in the ice caps of Antarctica and Greenland; most of the remainder is present as soil moisture, or lies in deep underground aquifers as groundwater not accessible to human use. Considering the total volume of water on Earth, the concept of running out of water at a global scale is not practical. When people talk about running out of water what they really mean is that they do not have access to the one percent of freshwater resources available. This is the water found in lakes, rivers, reservoirs and those underground sources that are shallow enough to be tapped at an affordable cost. Only this amount is regularly renewed by rain and snowfall, and is therefore available on a sustainable basis. So how can we effectively manage our water resources?

How do Water Management Decisions Affect Access to Water Resources?

Decisions made to ensure water supply might actually exacerbate the issue of water security if not executed in the right manner. The narrative of water insecurity we are faced with,  sometimes gives us a sense of heightened risk leading us to believe that we must capture this finite resource. The emphasis of capturing the resource usually materializes into the construction of a dam to act as a buffer against water insecurity, floods and drought. For instance, the five dams across cape town were built to ensure water supply and yet cape town is famous for being the first major city in the world to run out of water. This was largely due to the decreasing water levels in the dams due to lack of rainfall. Dams need to be filled and are largely dependent on rainfall, as well as the water lost due to evaporation from the surface of the dam which can account for a significant portion of the water stored in the dam. The water crisis isn’t always due to physical scarcity of water. For example, just a fraction of the water used in South Africa’s wine industry could be enough water supply for cape town. This just goes to show how our consumption patterns affect how vulnerable we are to water stresses.

Another not so good example of water management is Mexico City. This city gets more rain than London but the lakes that would have collected the water have been drained so the city floods. They pipe in most of their water from other parts of Mexico or pump it from underground to the extent where the soil has started to compress causing the city to sink. In the case of Mexico (and many other places) the cause of insufficient water supply is due to bad water management such as  the overexploitation of groundwater, pollution, and water wasted due to leaky pipes. instead of mechanisms to capture rainwater for future use.

A holistic approach that accounts for the multiple stressors to water supply is essential. The notion of approaching water security from a watershed basis allows us to assess how far from a natural barrier we are, and consume from within our basin. Namibia for instance has no running rivers within the country and since there wasn’t a lot of fresh water available around Windhoek, they make use of what is available to them which is wastewater reclamation. Through water reclamation they are able to ensure adequate water supply. We need to come up with different approaches to managing water as well as rethinking water scarcity. Scarcity is not uniform; water is highly regional, so we need different approaches to managing fresh water depending on factors such as water flow. The Amazon river flows faster than the Nile river so we would have to approach water scarcity differently in Cairo and Sao Paulo.

The Global Water Partnership’s definition of IWRM is widely accepted. It states: ‘IWRM is a process which promotes the co-ordinated development and management of water, land and related resources, in order to maximize the resultant economic and social welfare in an equitable manner without compromising the sustainability of vital ecosystems.’

The Integrated Water Resources Management (IWRM) method, is now widely acknowledged on a global scale as the best strategy for the future development and management of the world’s finite water resources as well as for resolving competing demands. IWRM is an empirical idea that was developed from practitioners’ real-world experience. Although the idea has existed in many forms for many years, in fact since the first international water conference in Mar del Plata in 1977, it wasn’t until Agenda 21 and the 1992 World Summit on Sustainable Development in Rio that the idea became the focus of in-depth discussions about what it actually means in practice.

There are four components of Integrated Water Resource Management

Save
No Thoughts on Water Management in the 21st century