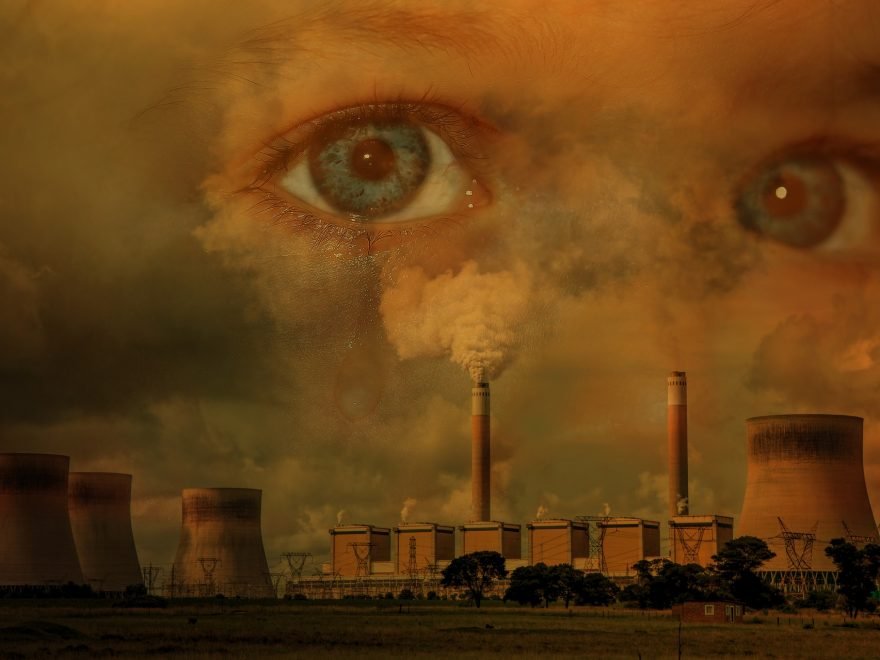 Since the industrial revolution, human activities have greatly contributed to the drastic increase of greenhouse gases (GHGs) in the atmosphere. These increasing greenhouse gases in the atmosphere cause global temperatures to rise, and result in rising sea levels, and changes to climate patterns including rainfall, wind, and temperature patterns. These consequences are suggested by scientists to translate into more frequent extreme weather events such as heat waves, droughts, storms and floods.

More Vulnerable Than Others

“The countries most vulnerable are least able to protect themselves. They also contribute least to the global emissions of greenhouse gases. Without action they will pay a high price for the actions of others.”

This increased vulnerability for developing countries to climate change impacts is as a result of geographic and climatic factors; high economic dependence of these countries on climate-sensitive sectors (for example, agriculture, fisheries, tourism); and also, the limited human, institutional, and financial capacity of these countries to anticipate and respond to the direct and indirect effects of climate change.1 Let’s take a look at a few examples.1

In Africa, changes in rainfall patterns as a result of climate change are enhancing droughts and exacerbating desertification in the Sahel region. This puts stress on limited water resources and diminishes grain yields, thus negatively affecting water and food security. In addition, more than one quarter of the African population lives within 100 km of the coast, with several major cities (such as Dakar, Abidjan, Dar es Salaam, Tripoli, etc) on low-lying coasts which are vulnerable to sea-level rise, coastal erosion and extreme events. These circumstances, coupled with low GDP per capita, widespread poverty, low educational levels, weak institutions, and the absence of social safety nets (such as after harvest failures) limit Africa’s adaptive capacity.

In Asia, more severe and frequent extreme events such as floods and tropical cyclones have been occurring causing the displacement of tens of millions of people. For example, Pakistan is currently facing unprecedented floods due to heavier than usual monsoon rainfalls putting a third of the country under water (at least 809,000 ha). This flood is affecting at least 33 million people and has caused the death of at least 1208 people between June and August 2022. While progress has been observed in the adaptive capacity of certain Asian countries such as with successful early warning systems in Bangladesh, the overall adaptive capacity is still constrained due to limited financial resources, income inequalities, weak institutions, and limited technologies.1

In Latin America, significant loss and retreat of glaciers is observed which would adversely impact runoff and water supply in areas that depend on snowmelt for water supply.1 For example, scientists report that among the world’s glaciers mountains, the highest loss of ice relative to mountain size is observed in the Andes in Latin America. This poses great threat to water supplies and agriculture from Bolivia to Chile, whereas factors such as high income inequality, high infant mortality, and low secondary school enrolment limit the adaptive capacity of the population.1

Lastly, Small Island States such as Tuvalu, Fiji, Maldives, Haiti, Comoros, etc., are on the frontline of climate change and likely to be among countries most seriously impacted by climate change, yet they possess a limited adaptive capacity making them highly vulnerable.1 With sea levels projected to rise by 5mm/year for the next 100 years, this would result in the loss of land, enhanced soil erosion, higher risks of storm surges, and saltwater intrusion into freshwater resources.1 These pose a threat to tourism (which is a major source of income in this states), water resources, agriculture, food security, as well as biodiversity and coastal management, and responding and adapting to these changes demand large resources.

Generally speaking, climate change tends to enhance existing vulnerabilities and inequalities in society. As a result, within developing countries, people who are living in poverty, women, and children are often even more vulnerable to the impacts of climate change. With rapid urbanization, the poor in these countries are often unable to afford to settle in safe and legal areas, and are forced to live in high-risk locations such as flood plains, river banks, steep slopes, and reclaimed lands, making them highly vulnerable to climate disasters such as floods.2

Women often lack the capacity to adapt to the impacts of climate change or recover from climate disasters due to their limited access to resources, being victims of gendered division of labor, and often acting as primary caregivers to children, the elderly, and disabled.2

For children, the warmer temperatures resulting from climate change their risk of contracting infectious diseases such as Zika, Dengue, Malaria, etc.3 With more frequent and severe floods occurring, children are also at risk of contracting deadly water borne diseases such as cholera and diarrhoea. 416 of the 1208 deaths currently reported in the floods in Pakistan are children, and with water-borne diseases rapidly spreading in the flood, UNICEF expects this toll to rise even further.

The U.S. Global Leadership Coalition highlights that public-private partnerships such as between international organizations, and local, regional, and national governments are essential in addressing climate change in developing countries. They further propose key areas where investments are needed to enhance the capacity of developing nations to address climate change. These include:

At EnvironFocus, we design and implement programs that enhance the capacity of developing countries to address the impacts of climate change. These programs are great avenues for organizations around the world to invest in Africa and contribute towards reducing the vulnerability of local communities to climate change impacts.

We also have a program aimed at enhancing sustainable development education in youths in developing and developed countries called the EnvironFocus Knowledge and Culture Exchange Program (EKCEP). This program is based on the UN SDGs and empowers youths to find solutions to issues in their local communities such as addressing the impacts of climate change.

These programs are open to investors and partnerships. For more information contact: programs@environfocus.com.

2. Royal Geographical Society (With IBG). Who are the most vulnerable to natural hazards? [Online] https://21stcenturychallenges.org/who-are-most-vulnerable-to-natural-hazards/.

Save
No Thoughts on Who Are the Most Vulnerable to Climate Change Impacts and Why?