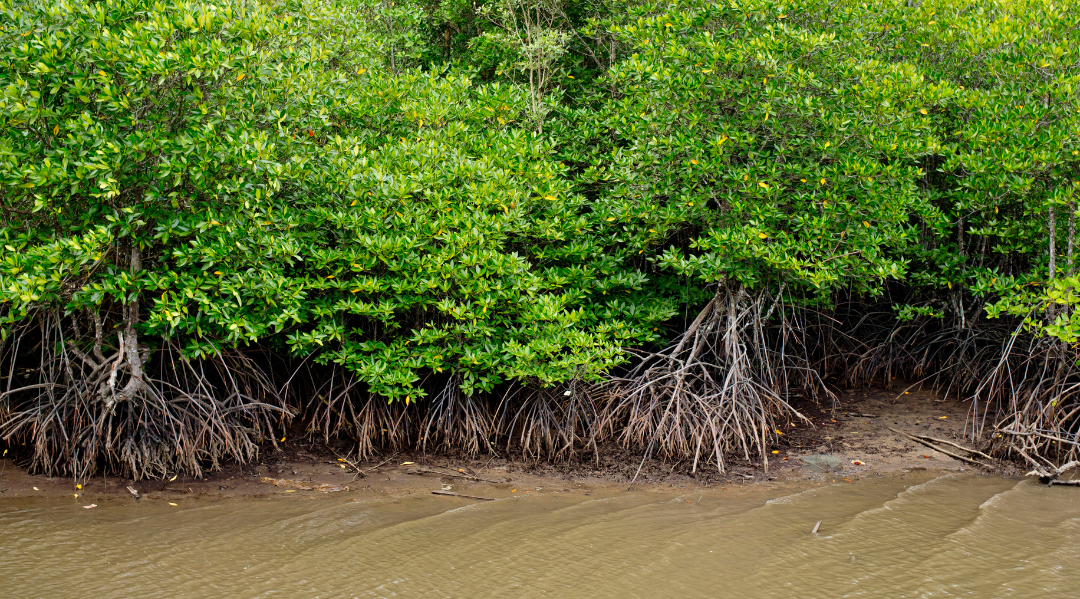 Mangrove forests are found in countries such as the Philippines, America, Australia, and Indonesia, but occupy only 0.1% of global land area. They provide a large number of unique benefits such as acting as a carbon sink, providing habitat for endangered species, and preventing land erosion. However they are under a number of threats, and in the past three decades we have lost over 8,000 square kilometers of mangroves, which is larger than the country of Brunei and almost as large as Cyprus. As a result, mangroves are “one of the world’s most threatened ecosystems”.

Mangroves can be quite diverse. They can differ in type, ideal growing environments and also, in the benefits they provide. For example Fringe Mangroves commonly grow on shorelines, therefore protecting the shoreline from erosion, and thrive in the high salinity. Overwash mangroves are comparable to Fringe Mangroves, but are only on small islands and their roots are completely submerged by the sea. They also thrive in high salinity and as they are away from land they are highly populated by roosting birds. Dwarf Mangroves only grow to about five feet tall as they grow in rocky, low nutrient, high salinity soils.

Mangroves are a Carbon Sink, and can intake up to 10-15% of global carbon. They are very effective as a carbon sink due to the amount of carbon they take up compared to the small surface area of mangrove forests. Mangrove forests can store over three times the amount of carbon stored by terrestrial forests. Not only do they absorb excess carbon but they are also able to absorb pollutants and toxic heavy metals from soil and water.

Mangroves provide coastline protection and prevent soil erosion. Due to the mangroves complex branch and root network, they act as a buffer for tsunamis and erosion. Though they cannot completely protect the land from catastrophic events, there is a noticeable decrease in casualties and damage as a result of their presence. It has been estimated that they are able to absorb 70-90% of the energy from waves. Soil erosion is prevented specifically by the roots, as they provide stability to the sediment that would otherwise be loose and free moving. They have even been noticed to extend a shoreline by creating shallow mudflats.

They protect and provide habitats for biodiversity, including endangered animals. As previously mentioned mangroves can provide habitat for roosting birds away from predators. They also provide habitat for marine animals, such as the endangered Dugong, and Hawksbill Turtles, and have been known to act as nurseries for fish and sharks. Other endangered animals that find shelter in mangrove forests include the Proboscis monkeys and Pygmy three-toed sloths. It has also been found that corals have been latching to mangrove roots as they are protected from solar radiation and toxins.

They provide resources for humans, including food and even medicine. Neighboring villages use mangroves for sources of wood, fruit, honey, animal fodder, charcoal, etc. Mangroves have also been found to contain natural chemicals that are able to successfully fight lung cancer. These chemicals include steroids, triterpenoids, saponins, flavonoids, alkaloids and tannins. However, there still needs to be testing and patient tests completed before it can be marketed as such.

Despite the multiple benefits of mangroves, these vital ecosystems are under threat as a result of climate change. The impacts of climate change such as increased temperatures, rising sea levels, etc., negatively affect mangroves. As depicted in the graph below, these climate change impacts bring about changes to the mangrove environment. These changes impact the structure of the mangrove communities and biodiversity. For example, a decrease in precipitation and an increase of drought in some areas are likely to cause mangroves to suffer from salt stress, as they are in high salinity environments. Also with the increase of droughts it is possible for mangroves to be less resilient to storms and other catastrophic events.

Communities have also begun overexploiting mangrove forests, due to necessity, which has released massive amounts of carbon dioxide into the atmosphere. Deforestation has also occurred due to urbanization, and the increasing need for agricultural land. And with the increase of agriculture close to mangroves there is also the increase in pollutants, which the mangroves are not able to filter.

Shrimp farming is also a large reason for the clearing of mangrove forests. As we find with a lot of natural resources in the world, there has been an increasing need for shrimp due to demand. Shrimp farming is often not sustainable and harms the surrounding ecosystems due to the amounts of pesticides, antibiotics and chemicals used and released into neighboring areas.

Also with the increase of oil spills in mangrove areas the trees are being suffocated.

Bhowmik, A. K. (2022, May 30). Mangroves are Disappearing – We Read 200 Scientific Papers to Find Out Why. Race to Resilience. https://climatechampions.unfccc.int/mangroves-are-disappearing-we-read-200-scientific-papers-to-find-out-why/. Alicia graduated from the University of Guelph with an Honours Bachelor of Bio-Resource Management degree in Environmental Management in 2020. Through the years of 2020-2022 she completed a Certificate in Business and a Certificate in Environmental Conservation also at the University of Guelph, to broaden her understanding and skills in these areas. Alicia’s passions lie in Environmental Education, Sustainability, Corporate Social Responsibility (CSR) and Environmental, Social, Governance (ESG). In her free time she enjoys working on her knowledge and skills in these areas, completing multiple ISO and other CSR and ESG online courses
asa.gm02@gmail.com 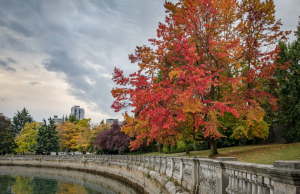